MALAYSIA aspires to be a carbon-neutral nation in the future as it views climate change and sustainability as an issue of high significance, Minister in the Prime Minister’s Department (Economy) Mustapa Mohamed said today.

Mustapa said although Malaysia contributed less than 1% of global greenhouse gas emissions, the administration is taking this issue seriously. 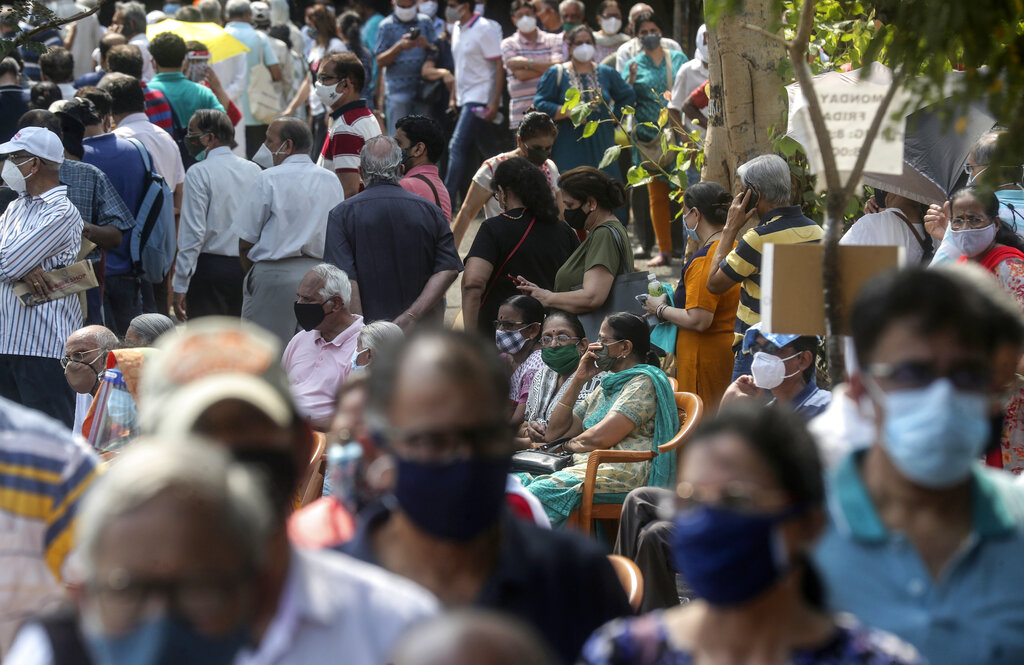 MUMBAI: India released US$6.7 billion in cheap financing for vaccine makers, hospitals and other health firms today, to counter the devastating coronavirus surge gripping the country.

This week it became the second country after the US to pass 20 million cases and hospitals across the country of 1.3 billion people have complained of chronic shortages of beds, oxygen, vaccines and key drugs.

“The devastating speed with which the virus affects different regions of the country has to be matched by swift and wide-ranging actions,” Das said.

The new measures – making it easier for banks to give cheap loans to hospitals, oxygen manufacturers and even patients – aim to improve access to emergency healthcare, he said.

The central bank will also give some general business borrowers more time to repay loans to help underpin the economy, Das said.

“The immediate objective is to preserve human life and restore livelihoods through all means possible,” he added.

India’s underfunded health care system has struggled to cope with the latest Covid-19 onslaught, with patients dying in hospital parking lots due to a lack of beds and oxygen.

Experts have warned that case numbers will keep rising until the end of May and could reach 500,000 new infections a day.

While New Delhi and other major cities have imposed curfews and other restrictions, the government has resisted opposition calls for a nationwide lockdown.

Even the supreme court has called on the government to consider tougher measures.

The Indian Premier League – the world’s richest cricket tournament – shut down this week because of the spread of the virus among players.

Many foreign stars are now struggling to get flights out.

The country has tried to claw back lost ground after a stringent, months-long lockdown caused the labour market to collapse and the economy to contract by nearly a quarter between April and June last year.

Asia’s third-largest economy was in the throes of a prolonged slowdown even before the pandemic, and the hit to global activity from the virus and one of the world’s strictest lockdowns combined to deal the country a severe blow.

Fearing a repeat of last year’s economic devastation, authorities have so far imposed limited restrictions, trying to strike a balance between keeping the economy going and targeting outbreaks in the hardest-hit regions.

New Delhi is hoping the economy will get a further boost from a massive vaccination drive that kicked off in January, with 160 million shots administered so far. 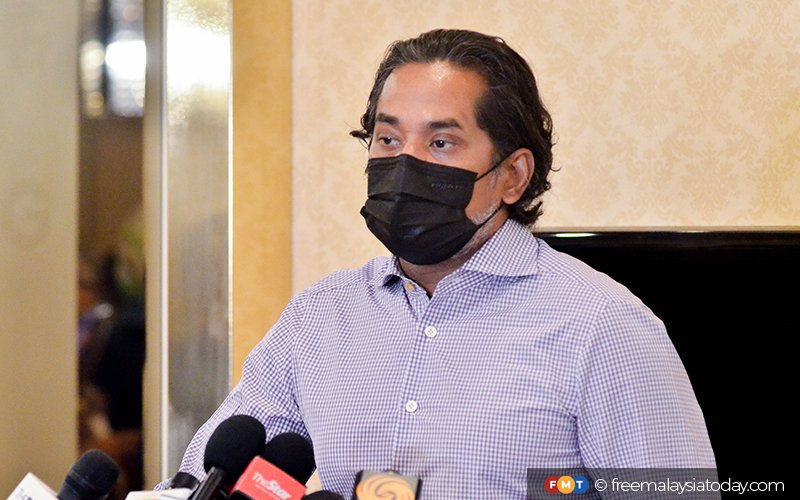 KUALA LUMPUR, May 4 ― Velesto Energy Bhd is investigating the incident involving its drilling rig, Velesto Naga 7, which submerged today in offshore Sarawak, and is evaluating options.

“The rig is covered by insurance and recovery efforts are ongoing and being monitored,” it said in a filing with Bursa Malaysia.

The offshore drilling services provider said the incident occurred at the worksite due to rapid penetration into the formation on Monday while operating for a client.

The rig tilted and subsequently submerged at the location today.

Velesto said drilling activities had not started and no well had been drilled.

“All personnel on-board are safe on the rescue vessels, and the majority have been transferred to Miri, Sarawak. The remaining personnel are in the process of being transferred,” it added. ― Bernama

THE Myanmar junta has charged a Japanese journalist under a “fake news” law, a report said today, in the latest blow to press freedom since the military seized power. 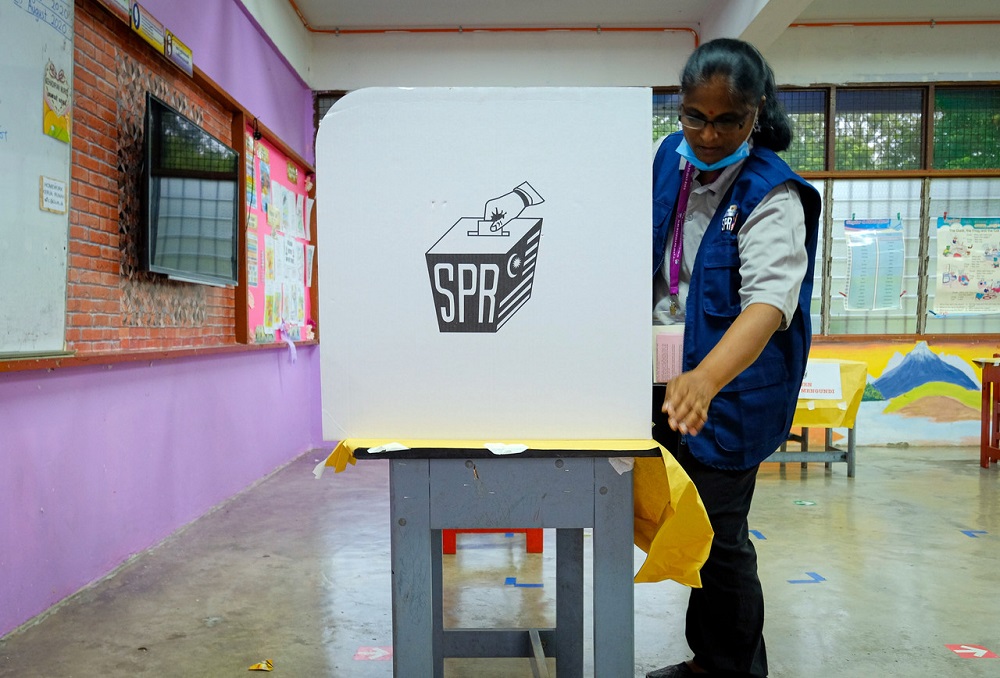 KUALA LUMPUR, May 4 ― Undi Sarawak has filed a judicial review against the government, Prime Minister Tan Sri Muhyiddin Yassin and the Election Commission (EC) for delaying the lowering of voting age to 18 at the Kuching High Court today.

The voting advocacy group for Sarawak youths claimed the delay in implementing the lowering of the voting age from 21 to 18 is irrational, illegal, disproportionate and amounts to voter suppression.

Naming five applicants in the suit, Undi Sarawak said it is seeking to quash the government’s decision to delay lowering the voting age and seek to compel the named parties to bring into effect Section 3(a) of the Constitutional (Amendment) Act 2019 on or before July 2021.

“Undi Sarawak holds firm to our belief that youth between the ages of 18 to 20 are owed their constitutional right to vote. This is made more pertinent for approximately 125,000 to 135,000 Sarawakians aged 18 to 20, as Sarawak State Elections ought to be held by August 7 2021 once the ongoing Emergency period ends in early August.

“Hence, the Undi18 bill must be implemented by July 2021 to ensure these young Sarawakians can exercise their rights as first-time voters during the upcoming state elections.

“Therefore, five Sarawakian youths from the ages of 18 to 20 years old (‘the applicants’), representing the Undi Sarawak movement, have filed a judicial review against the government of Malaysia,” the group said in a statement.

Parliament had passed the Constitution (Amendment) Act 2019 in July 2019 to reduce the voting age eligibility from 21 to 18 years by amending Article 119(1)(a) of the Federal Constitution after it received broad bipartisan support from both sides of the House of Representatives.

It was gazetted on September 10, 2019. Several EC officials estimated that the Act, which would have approximately added up to 1.2 million new voters once the changes come into effect according to some political analysts’ estimates, could be implemented by mid-year.

But in a statement that surprised many, Election Commission chairman Datuk Abdullah Ghani Salleh said on March 25 that implementing the lowering of the minimum voting age to 18 and automatic voter registration could only be accomplished after September 1, 2022.

He cited constraints and difficulties brought about by the movement control order that began in March 2020.

On April 29, minister in the Prime Minister’s Department handling the law and Parliament portfolio Datuk Seri Takiyuddin Hassan said the EC eeds to resolve some legal and technical issues including updating its software systems before it can lower the voting age from 21 to 18.

THE Kuala Lumpur High Court has ordered Eric Tan Kim Loong, who is alleged to be an associate of fugitive businessman Low Taek Jho, or Jho Low, to pay income tax of RM67,996,891.87 after failing to enter an appearance in a suit filed against him by the government through the Inland Revenue Board (IRB). 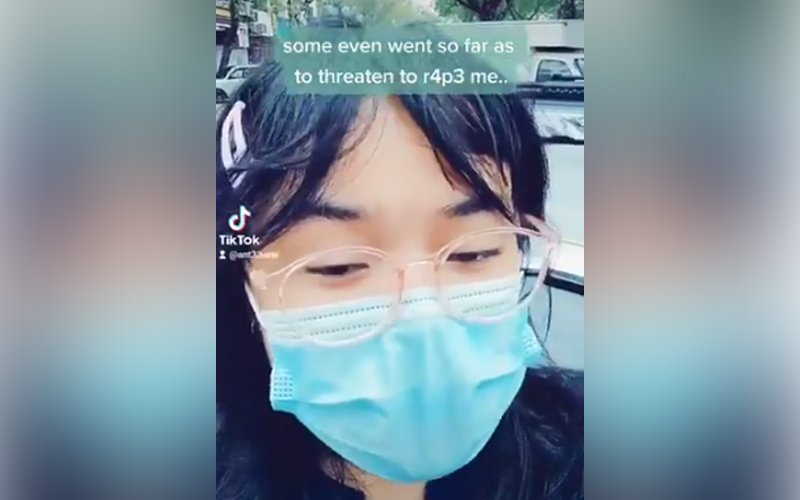 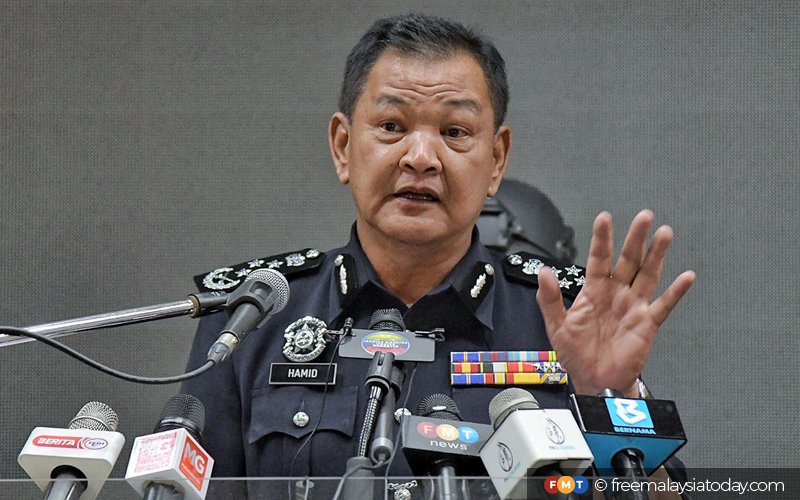 Abdullah made the declaration after receiving Md Yusnan’s death certificate which was verified by the National Registration Department.