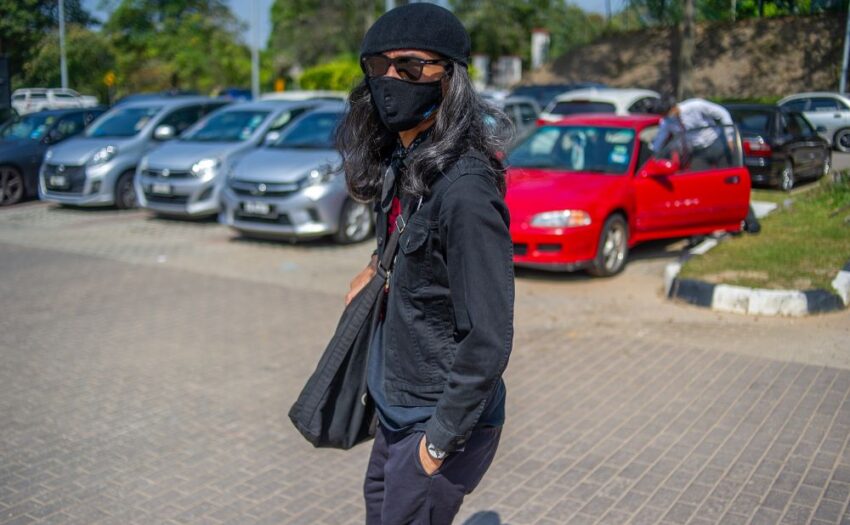 KUALA LUMPUR, April 24 — Local graphic artist Mohd Fahmi Reza Mohd Zarin wrote a personal note while being held overnight at the Dang Wangi police lock-up over a satirical playlist of songs on the Spotify app, defending satire as part of the freedom of expression.

Better known as just Fahmi Reza, his handwritten note in the Malay language from within the lock-up was sighted by Malay Mail.

His lawyer Rajsurian Pillai said the note was written by Fahmi in the lock-up.

Arrested yesterday and held overnight in the police lock-up, Fahmi is set to be released this evening, after the magistrate this morning only granted one day of remand instead of the four-day remand sought by the police for investigations.

Previously on April 21, Fahmi — who describes himself as a political graphic designer — had also wrote on Twitter: “In a country where artists, designers & satirists have been censored, arrested & incarcerated for their art, it is important that this vital form of artistic expression — parody & satire as a form of political protest — is continued to be practiced & to be defended at all costs.”

Huzir said that the investigation was linked to a Facebook post on Fahmi Reza’s Facebook account containing the queen’s photo and information regarding a playlist of songs in the form of a remark “This Is Dengki Ke? 💛 100 dengki songs, all in one playlist.” as well as a Spotify playlist featuring the queen’s photo labelled with the words “This is Dengki Ke” and with the playlist featuring songs containing the word “jealousy”.

Dengki is the Malay word for resentment due to envy or jealousy.

The police also said yesterday that investigations are being carried out under Section 4(1) of the Sedition Act and Section 233 of the Communications and Multimedia Act.

Following Fahmi’s arrest yesterday, members of the public showed up outside the Dang Wangi police station last night to hold a candlelight vigil for him and gathered again this morning in a show of solidarity with him.

The Civil Society Organisations Cluster on Freedom of Expression co-chaired by the Centre for Independent Journalism and ARTICLE 19 Malaysia yesterday issued a statement to protest his arrest under allegedly defective laws over the Spotify playlist, arguing that the arrest was unwarranted, disproportionate and showed the current government’s alleged persistent heavy-handed response to any form of expression critical of ruling powers.

The civil society group also stressed the importance of satire to provide a space for commentary, discussion and debate on share values.

“Political satire in particular, plays an important role to engage with institutional power in a way that creates space for humour. Such a space should be defended as a vital part of public participation, to enable a robust civic discourse and healthy democracy that is able to withstand critique and differing opinions,” the group had said.

Among other things, the group noted that the freedom of expression is guaranteed under the Federal Constitution’s Article 10 and that any restrictions on such freedom must be legitimate, necessary and proportionate, further arguing that making insults or satirical posts a crime do not amount to legitimate restrictions on the freedom of expression as such content do not pose serious threats to national security, public morality and public order.

“The Raja Permaisuri Agong herself had demonstrated the importance of protecting the space for freedom of expression, including critical speech, by denouncing the arrest of individuals over their remarks on Twitter in 2019,” the group had said in its statement last night.

Under Article 10, Parliament may by law impose restrictions on the freedom of speech and expression if it deems such restrictions necessary in the interest of national security, public order or morality, or to provide against defamation or incitement to any offence, among other things.