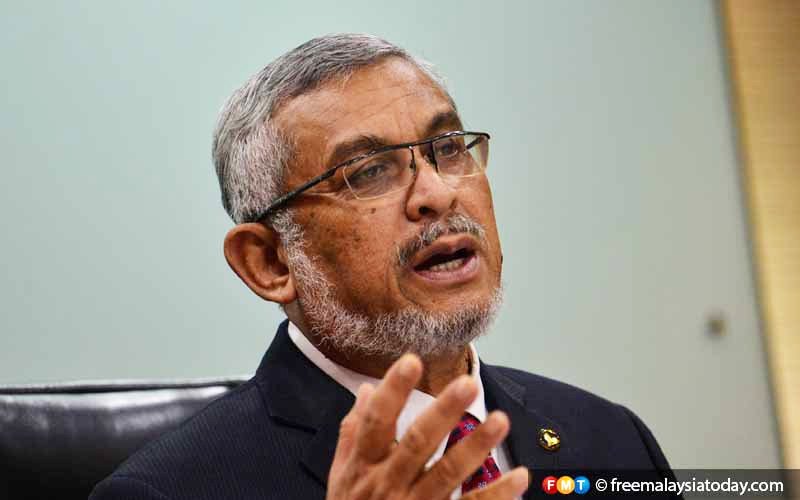 PETALING JAYA: Khalid Samad today clarified that he was referring to two activists when he said that they did not bother to meet him in the ongoing dispute over the Taman Rimba Kiara development project.

“I think if you listen to the video you will understand that I was referring to Ambiga and Cynthia,” he told FMT, referring to former Bar Council president Ambiga Sreenevasan and Center To Combat Corruption and Cronyism (C4), executive director Cynthia Gabriel.

The Federal Territories minister will meet them tomorrow.

Khalid was also referring to a recording of the press conference which he shared with FMT.

In the recording, Khalid was heard saying that both Ambiga and Cynthia “had not met him for even one minute” and wondered how they could make comments after listening only “to one side of the story”.

The duo, he said, should meet him instead of attacking him and making assumptions in the media.

“I did not say I never met with (Segambut MP) YB Hannah Yeoh,” he said in a text message to FMT.

Yesterday, Yeoh rubbished a claim by Khalid that she had continued to address the issue through the media instead of seeing him for answers.

She told a town hall session with Taman Tun Dr Ismail (TTDI) residents that there had been at least five meetings with the FT ministry before yesterday’s event to clarify the status of the proposed development project, which is said to encroach into the park.

She said this in an apparent response to Khalid’s comment that he was “very disappointed” with her for continuing to address the issue through the media instead of going directly to him for answers.

Khalid had reportedly said many of the statements were “confusing, hurtful and embarrassing” to him.

Today, Khalid revealed that he met her, along with the TTDI residents association.

“I mentioned my meetings with the RA in the video but I did not say that it was together with Hannah as I wanted to comment about their (the residents) attitude without implicating YB Hannah.”

The Taman Rimba Kiara development will see the construction of a block of 350 units of affordable housing where residents from the current longhouses will be placed, and eight 50-storey high-end condominium blocks, with a gross development value of at least RM3 billion.

The project, which is currently being investigated by the Malaysian Anti-Corruption Commission, is a joint venture between the Federal Territories ministry’s Yayasan Wilayah Persekutuan and Memang Perkasa Sdn Bhd, a subsidiary of Malton Bhd.

China’s top diplomat calls for US restraint on trade, Iran