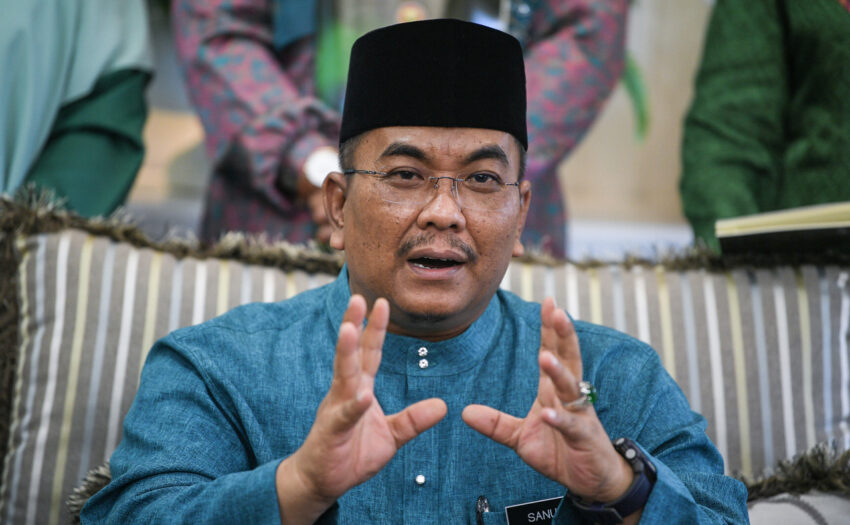 ALOR SETAR, May 5 — The Kedah government has issued a final warning to Perbadanan Bekalan Air Pulau Pinang (PBAPP) not to interfere in the state’s internal affairs, especially on the issue of water catchment areas in the Ulu Muda Forest Reserve.

Mentri Besar Muhammad Sanusi Md Nor said that Kedah is a sovereign state, with territories administered by the Sultan and the state government, and adheres to the state constitution.

“I want to advise Perbadanan Bekalan Air Pulau Pinang (PBAPP), not to interfere in Kedah’s matters, Ulu Muda is Kedah land,” he told reporters after chairing the exco meeting today.

He was commenting on PBAPP’s move to propose the establishment of the Ulu Muda Basin Authority (LLUM) to protect water catchments at the Muda, Pedu and Ahning dams, which, among other things, demanded that all logging activities in Ulu Muda be banned.

PBAPP chief executive officer, Datuk Jaseni Maidinsa, proposed LLUM as a reaction to the move by the Ministry of Environment and Water (Kasa) to set up the Sungai Muda Basin Authority (LLSM), as a way to resolve the dispute between Kedah and Penang over Sungai Muda water supply issues.

Muhammad Sanusi said that Kasa’s proposal to set up LLSM was to regulate Sungai Muda in line with the provisions of the federal constitution, referring to the area between Kampung Sungai Muda in Pantai Perai to the estuary only.

“But LLUM wants it to reach Ulu Muda, in the Kedah area. PBAPP often touches on Ulu Muda and this shows that Penang is completely dependent on raw water sources from Kedah, but at the same time refuses to pay (raw water charges) when we make a claim.

“If we want to take into account the issue of water originating from Kedah for the benefit of Penang, please make a payment as Syarikat Air Darul Aman (Sada) makes a payment to the Kedah State Water Resources Board (LSANK),” he said.

Meanwhile, Muhammad Sanusi said that Kasa had approved the construction of two of the 14 riverside reservoirs (TAPS) projects to retain excess water in Sungai Muda, as announced by the Kedah government recently.

The project, which received an allocation from Kasa, aims to increase the water supply in Kedah and stabilise the water level in the river during the dry season. — Bernama