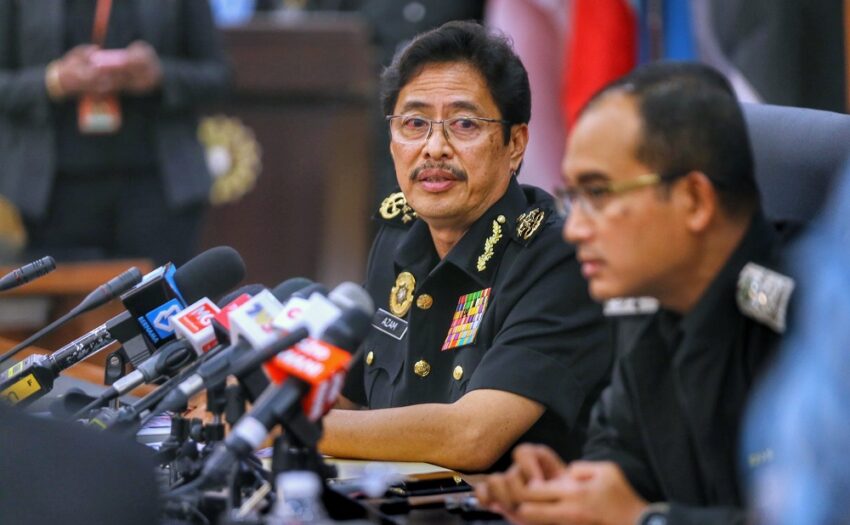 KUALA LUMPUR, April 27 — The Malaysian Anti-Corruption Commission (MACC) has arrested two of its own officers on suspicion of links to fugitive Nicky Liow Soon Hee.

Chief Commissioner Datuk Seri Azam Baki said in a statement today that the officers are now under police detention to facilitate investigations.

“The MACC has arrested two of its officers believed to be involved in the criminal activities of the Nicky Gang,” the commission said.

“We have given our cooperation by handing the two officers to the police to help with their investigation.”

The duo’s arrest are among the first since Inspector-General of Police Tan Sri Abdul Hamid Bador revealed last week that 34 officers and personnel from various enforcement agencies were suspected of having ties and protecting the activities of the organised crime syndicate.

Liow, 33, the founder of Winner Dynasty Group based in Setiawalk Puchong, Selangor went on the run after 68 of his associates were nabbed in Op Pelican 3.0 from March 20 to 28.

Azam said the MACC viewed corruption among its own officers seriously.

“In fact, we will apprehend and hand them over (to the police) if there are more involved,” he noted.

The arrests were made in Kuala Lumpur, Selangor, Melaka and Negri Sembilan between April 21 and 27 as part of the second phase of Ops Pelican 3.0.

Abuse of power charge against Najib is wrong, says Shafee