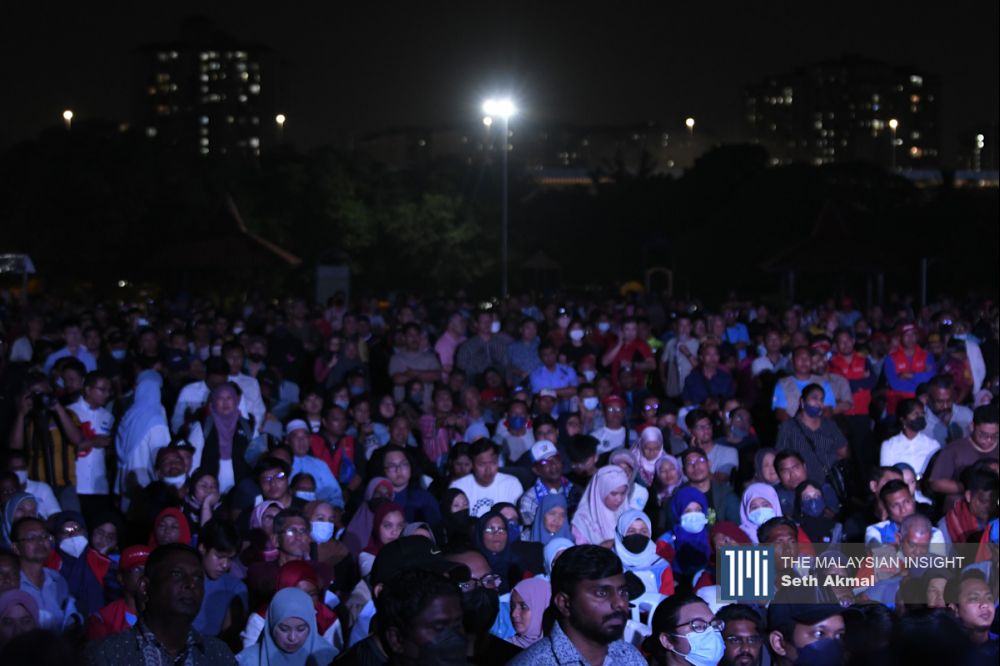 themalaysianinsight.com | 04-Nov-2022 – NO one coalition will be able to win enough seats in the general election to form a federal government, the Merdeka Center for Opinion Research said today.

The independent pollster in its latest survey said that it was hard to predict the outcome of the the election with three big coalitions contesting 222 parliamentary seats.

“In our opinion, the presence of three significant coalitions with large bases of support as well as uncertainties on likely turnout rates makes it difficult to estimate the outcome in terms of projected number of parliamentary seats,” it said in a statement today.

Merdeka Center said with a lower-than-expected level of Malay voter support for BN, it is possible that no single coalition will attain a large enough plurality to form a government.

The survey was conducted on October 19-28. it polled 1,209 respondents from West and East Malaysia aged 18 and above over the telephone.

The respondents were selected through random stratified sampling along the lines of ethnicity, gender, age and states.

Merdeka Center said instead, there is a rising possibility that at least three or more parties or coalitions are needed to cooperate to form a government with a simple majority.

As for the country’s performance since early this year, the pollster said that a majority of 72% of the voters felt the country was headed in the wrong direction as opposed to only 20% who maintained that Malaysia remained on the right track.

This, it said, was a view that was prompted by concerns over the state of the economy, political uncertainty arising from the upcoming election and other topics such as corruption and inter-ethnic issues.

“Seventy-four per cent of voters feel that the economy is the country’s biggest problem at this moment.

It said with respect to the ratings, the government’s approval rating presently stands at 31%, with 60% reporting dissatisfaction.

The Election Commission has set Saturday as nomination. – November 3, 2022.

PN runner-up for Malay votes as support for BN declines