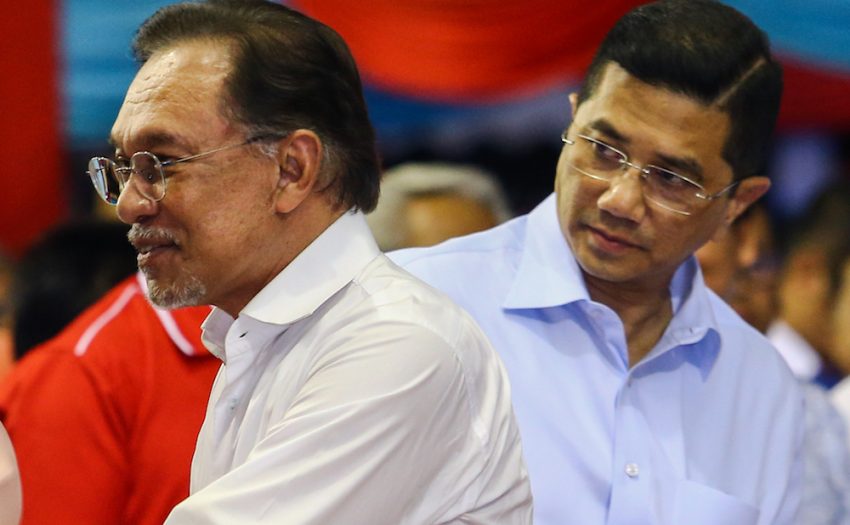 According to Malaysiakini, a statement by Pahang PKR chief Fuziah Salleh said 10 out of 14 divisions have pledged their allegiance to the party president, with the exception of the Bera, Pekan, Bentong and Paya Besar divisions.

These pledges of allegiance come amidst the intense scrutiny being hurled at PKR due to its deputy president Datuk Seri Azmin Ali’s sex video scandal and the ongoing rift between him and Anwar.

Anwar, the prime minister-in-waiting, is expected to take over from Prime Minister Tun Dr Mahahtir Mohamad once he steps down, but rumors have it that Mahathir prefers Azmin to become the next prime minister.

Azmin’s supporters were quick to show their support when in a joint statement on July 18, the group, led by PKR vice-presidents Zuraida Kamaruddin, Chua Tian Chang and Ali Biju, chided Anwar for making inappropriate remarks against Azmin with the allegation yet to be proven.

Anwar had said that Azmin should step down if the police prove that he was the person in the sex video with former PKR Santubong Youth chief Mohd Haziq Abdul Aziz.

Previously, Inspector-General of Police Datuk Seri Abdul Hamid Bador announced that the sex videos that first emerged in May were authentic, but added that the identities of the two men could not be verified.

However, Hamid added that police investigations revealed the videos were the creation of a political party leader who spent hundreds of thousands of ringgit to embarrass and tarnish the reputation of a certain individual, without naming either parties.

Azmin, who is also economic affairs minister, has maintained his innocence throughout the scandal and claimed that the video is an inside job aimed at ruining his political career.