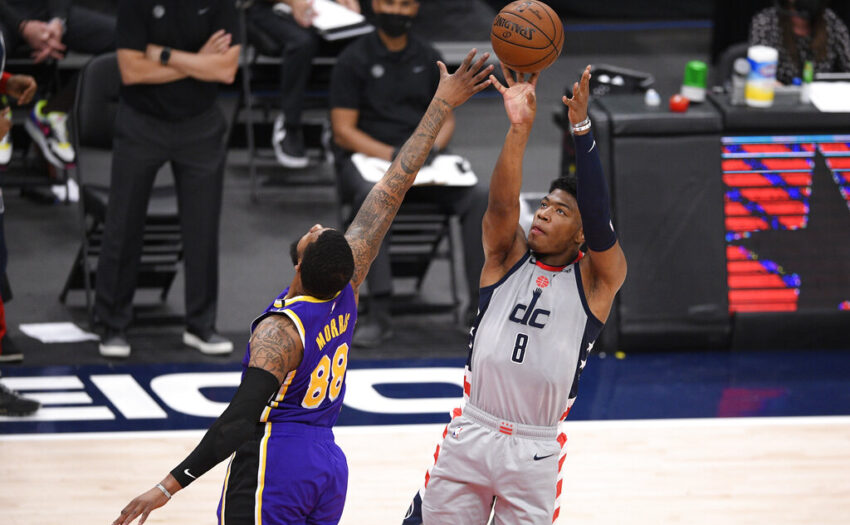 His revelation comes after England’s Premier League led a social media boycott to protest against racist taunts suffered by footballers including Marcus Rashford and Reece James.

Hachimura, 23, a forward for the NBA team Washington Wizards, was commenting after his brother – a basketball player at a Japanese university – tweeted a screenshot of an offensive message he had received.

“There are people who say there is no racism in Japan,” wrote Aren Hachimura, 21, alongside an image of the direct message in Japanese that used a racist insult and told him to “die”.

“But I want people to pay attention to the issue of racism, even though I don’t think exposing (the message and its sender) here will solve the problem,” the younger Hachimura said on Tuesday.

Rui Hachimura, who has nearly 200,000 Twitter followers and was selected for the NBA Rising Stars roster in March, replied: “I receive this kind of thing almost every day.”

The Hachimuras, whose father is Beninese and mother is Japanese, are just the latest sports stars to speak out.

Last month, US Olympic snowboarding champion Chloe Kim said she receives racist abuse on social media on a daily basis amid a surge of anti-Asian violence in the US.

And former Arsenal and France star Thierry Henry left all of his social media platforms in March after saying enough had not been done to tackle racist abuse.

Premier League clubs and players stayed off social media over the weekend, but Manchester City forward Raheem Sterling was racially abused on Instagram less than 48 hours after the boycott ended.

Several biracial Japanese athletes, including Hachimura and tennis superstar Naomi Osaka, have risen to prominence in Japan in recent years.

Osaka, who has been an outspoken advocate for racial justice, wore masks bearing the names of black victims of police brutality in the US on her way to victory in the 2020 US Open.

But she has also had to deal with racial insensitivity in Japan, where she is a leading face of this summer’s Tokyo Olympics.

An ad campaign by one of her sponsors once depicted her as light-skinned in a cartoon, while a TV comedy duo suggested she “needs some bleach” because she is “too sunburned”.

A Nike advert highlighting racism and bullying in Japan caused a stir on social media late last year, with some users even calling for a boycott of the company.