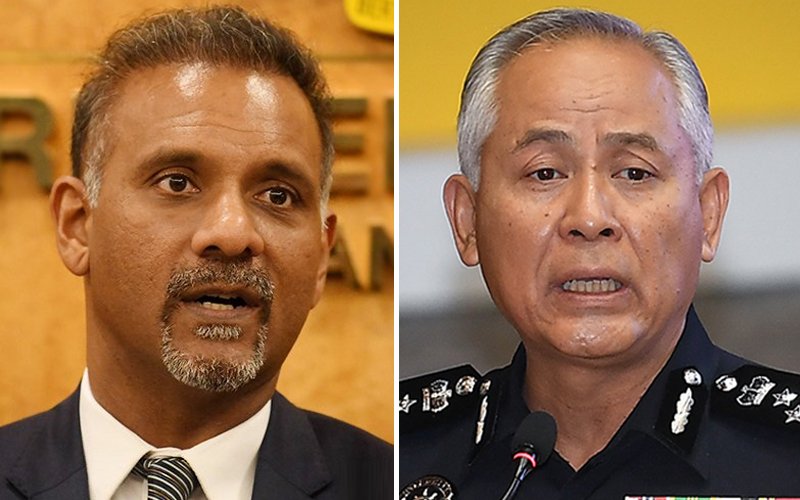 PETALING JAYA: An MP has questioned the home ministry’s involvement in investigations into allegations that Malaysiakini and China Press had wrongly carried articles claiming that deputy inspector-general of police Acryl Sani Abdullah had described reports of teen rape as “a joke”.

DAP’s Bukit Gelugor MP Ramkarpal Singh said it was unclear why the home ministry would be involved in this controversy as it should be investigated by the police.

“No doubt, the police come under the jurisdiction of the home ministry but questions arise as to why such investigations are carried out when, to my knowledge, no police report has been lodged claiming that the reports by Malaysiakini and China Press were false,” he said.

Bukit Aman said yesterday that the police were taking the reported rape threat seriously and did not view it as a joke.

Ramkarpal pointed out that Bukit Aman did not deny that Acryl Sani ever made such remarks.

“The police might claim that the context of Acryl Sani’s speech suggests that this so-called joke was an aspect of its investigations.

“However, this certainly does not, in any way, indicate any wrongdoing on the part of Malaysiakini or China Press if they simply reported what he said, since Acryl Sani did not clarify the purported context in which he said it,” he said.

Ramkarpal urged the home affairs minister to confirm if Acryl Sani would also be summoned.

“In the event that the IGP deputy is not called, it would be hard to dismiss the possibility that Malaysiakini and China Press are being victimised for reporting the truth.”

Meanwhile, the Centre for Independent Journalism (CIJ) has demanded that police and the home ministry stop targeting the media for quoting the statements made by Acryl Sani.

CIJ said the press should not be subjected to being summoned by the government or threatened with action simply because the authorities were dissatisfied with the manner in which a report was presented.

“It is precisely these kinds of actions from the authorities that contributed to Malaysia’s precipitous fall of 18 spots on the 2020 World Press Freedom Index,” it said.

CIJ reiterated that an Independent Police Complaints of Misconduct Commission (IPCMC) needs to be immediately established to ensure police accountability and professionalism is upheld at all times.

Bukit Aman has denied these reports and alleged that the headlines of the two media outlets on the issue were confusing. It also released transcripts of the interview to show what the deputy IGP had said.

The reports followed a claim by a 17-year-old secondary school student that a physical education teacher had made jokes about rape during a class on sexual harassment on April 23. The video clip went viral on social media.

Use your discretion, PM says after burger seller’s RM50K fine